Introduction of Airstream Trailers back in 30-ties unleashed a great spirit of adventure. Today the characteristic silhouette of Airstream vintage trailers is a symbol of the glorious past, luxury and sign of nostalgia.

About the company:
Gleaming and lustrous Airstream retro trailer is truly an American legend.

The shiny vehicles with their curvaceous body and shiny looks have earned an iconic status in the minds of the American public, which is growing strong since the mid 1930’s.

Any Airstream older than twenty years is honoured with a vintage status, which lifts its value among the connoisseurs.

Airstream trailers are a product of Airstream Trailers Inc. a company founded by Wally Byam, a lawyer by training, a magazine publisher by vocation and an innovator in spirit.

Byam and his wife loved the spirit of outdoors and soon realized that the camping spirit waited to be exploited. With the right kind of trailers simple men can be transformed into great caravanners.

When Byam used the genius of designer Hawley Bowlus to give shape to the sausage shaped trailer in riveted aluminium, history had rolled out of the manufacturing unit. The “Home away from home” caught the imagination of the American campers, which was strengthened periodically by Byam’s new models and marketing skills.

The international travel with Airstreams received a boost when pictures of the trailer in exotic locations such as Great Pyramids of Egypt, bas-relief of Sapor in Iran and Leaning Tower of Pisa were released to the public. A great spirit of adventure and wanderlust had been unleashed by Byam. The rest is a history still strongly vibrating in souls of American campers. 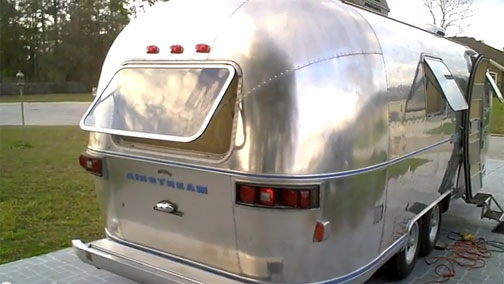 Land Yacht:
Luxurious Airstream Land Yacht brought the luxury and serenity of the sea to the land. The Airstream class A motorhome was an instant success. The interior design was now as cool as the exteriors, catering to the taste of the younger demographic. However the boxy shape of the Land Yacht which earned the nickname “square-stream” offended the sensibility of the purists. 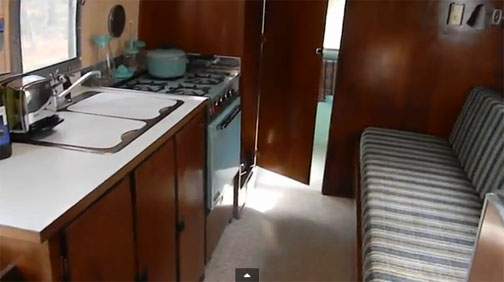 Inside view of an Airstream International travel trailer from 60-ties

International Sterling:
Aluminium exterior is deeply entrenched as Airstream folklore. Designer Christopher C. Deam gave shape to the interior to make it aesthetically rich and highly functional besides making it different from anything that had gone before. International Sterling made a rare fusion of retro style with the ultra-modern functionality. It replicated the aircraft interior of the 1930s with the minimalist interior of the space age. 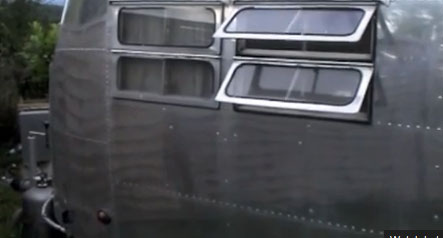 Clipper:
The all-aluminium, rivet, and aircraft designed Airstream Clipper was Byam’s first “silver bullet” design for America introduced in 1936. If we discount the short-lived Torpedo model rolled out in 1935 and officially recognised as the first Airstream trailer, Clipper happens to be the most enduring initial design of Airstream. The door was shifted from the front to the side signifying a departure from the signature shapes of Hawley Bowlus, the design pioneer at Airstream. Clipper was named after Pan-Am’s Clipper airplanes.

It's a great pleasure to see this old Airstream Tradewind from 60-ties in so good shape, shining with its elegance and nostalgic charm....

Liner:
All aluminium Liner was introduced in 1948 after the shut-down of factory on account of World War II as aluminium was declared a critical metal. Liner celebrated different types of winds. Seven models - namely Southwind Breeze, Chinook, Tradewind, Westwind, Zephyr and SeaBreeze  formed the submodels under Airstream Liner. Liner is a big trailer to live in yet a light one to tow. 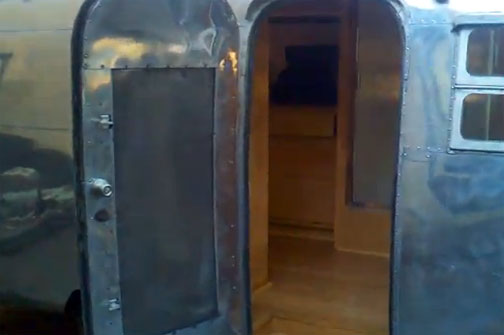 Flying Cloud:
For its deluxe design and comfort Flyng Cloud was described as the “Fifth Avenue on Wheels”. With its length of 20 feet, 7 feet width and generous height it is comfortably spacious for someone to walk around inside.
An array of conveniences like electric and ice refrigerator, stainless steel sink, closets and a circulating oil heater makes the life inside Flying Cloud as comfortable as homestay.

or to: Vintage Camper Trailers