To many of us, Africa at first may sound as an unlikely market for RVs and unsafe territory for RV-ing.

The truth however is quite different proving once again that our perceptions are heavily biased by African past and equally heavily influenced by everyday news. In fact, Africa (or at least some part of this great continent) is a huge market for RVs.

Yes, it’s a different market, much less oriented on leisure RV-ing so popular across the North America and Europe and much more focused on “off-road”, expedition-type adventures. It’s understandable given the nature of African “environment” characterized by poor infrastructure. In other words not many highways nor good quality roads, not many full-service campgrounds with all kind of hook-ups we are so accustomed to etc… . However African Mother Nature with huge areas of national parks, with rich wilderness and wildlife long gone from western hemisphere is a “Dreamland” for adventurers, explorers, for RV-ers  with “Survivor” skills and spirit.

No wonder, since long the South Africa is home to manufacturers of RVs. As expected, most of locally made RVs are designed for harsh African bush, but recently at least some companies also started showing interest in leisure-type RVs.

Following you will find presentation of some African RVs’ manufacturers as well as popular RVs’ series and models offered on the market.

Jurgens is the largest South-African manufacturer of RVs.  Operating since 1952 the company offers an impressive product line including On-Road and Off-road travel trailers as well as cargo (they call them “luggage”) trailers and utility trailers.

As the company states – “RV-ing (caravanning) is all about adventure, including the process of choosing the right RV model”.  To make it happen, Jurgens offers four models of “On-Road” travel trailers (caravans) and two models of Off-road travel trailers.....

It should be not surprising that Jurgens (South-African manufacturer of RVs operating since late 1950’s) offers the series of off-road travel trailers. As we know, this region of Africa is rather dominated by vast areas of no-man lands (bush, savannas…) than modern network of highways. Off-road campers seem then to be an obvious choice for anyone attempting to explore wilderness. 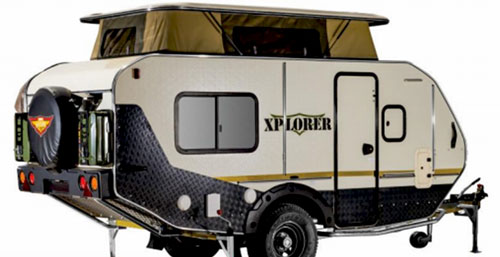 The series of Safari off-road travel trailers includes models Xcape and Xplorer (both in standard and 2016 versions)......

Kennis' BacTrax campers were developed based on the design of very popular Sprite travel trailers that have been present on the South-African market for almost 50 years.  The BacTrax travel trailers make the new so-called “Rough-Road” class of RVs especially designed for African conditions (think bush, desserts, savanas...). It’s sort of intermediary design between traditional “On-Road” and “Off-Road” models known also as “semi-off-road” or "Gravelroad" RVs. Practically it means that BacTrax trailers have “reinforced” structures ready for dirt roads and out-of-civilization conditions, but not necessarily for bumpy “no-roads” environment..... 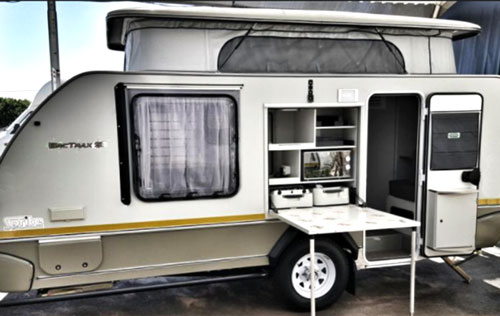 Regardless the almost half-century old "DNA" inherited by BacTrax travel trailers, they offer safety, comfort and elegance of interior space...

Echo 4x4 was founded in 1984 by Mr. Willi Grobler, an experienced South-African aircraft engineer and passionate rally driver. The “mixture” of good engineering skills with enthusiasm for “outdoor activities” and excellent knowledge of South-African wilderness greatly contributed to the company’s success. Today Echo 4x4 is one of the leading RV design and manufacturing houses recognized for the quality, ruggedness and innovation of its products. Company’s product line includes motorhomes, travel trailers (in this part of the world known as “caravans), cargo trailers, tents and 4WD accessories.... 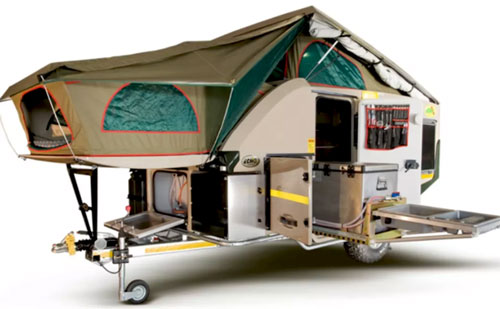 In challenging environment of African bush, over vast areas of savannas Rooftop Tents (RTTs) may be the best choice for RV-ers. Initially designed for Jeep-like 4WDs, rooftop tents proved “superiority” over classic tents and traditional RVs in such hostile, ot-of-civilization environments. Safety of sleeping out of reach of crawling “beasts” and most larger wild animals, better protection from mud and rainwater at the ground level and equally important – access to places where even off-road RVs can’t venture. The truth is – the only limitation of your adventure is ability of your 4WD and driving skills. 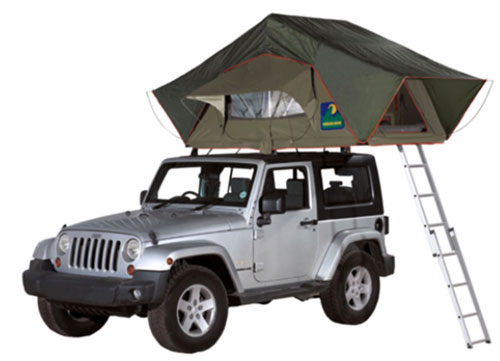 No wonder, out of these necessities, South Africa is probably the “birthplace” of roof-top tents. Not surprisingly, since long local manufacturers of RTTs (Eezi-Awn, Bundutec, Howling Moon, Front Runner….) offer some of the sturdiest designs proved in harsh conditions of African Mother Nature.